Yesterday was Mother’s Day and Bollywood stars celebrated the occasion by appreciating their moms. On Sunday, many took to social media to share sweet wishes or a glimpse of what their day looked like. Among the many actors showering their mothers with love was Hrithik Roshan. The actor spent the day with his mom Pinkie Roshan. He had the perfect weekend plan in mind, even if parts of it didn’t work out. But they sure did, pun intended.

Hrithik Roshan shared a glimpse of what Mother’s Day looked like for him and Pinkie Roshan. In an Instagram post, he revealed that they went for a movie that the latter did not like much but it was quickly followed by a yoga lesson. He dropped pictures from the yoga session in which the mother-son duo can be seen hitting the mats and trying out some yoga moves. He also shared a few selfies and they are priceless!

Roshan penned a note describing the day saying, “Sharing some mama moments with you all on Mother’s Day. I took her to a movie she didn’t like much. And she taught me some yoga moves I am ecstatic about! Damn mama actually knows a lot of good stuff about strength! Happy Mother’s Day everyone. Love you mama “ 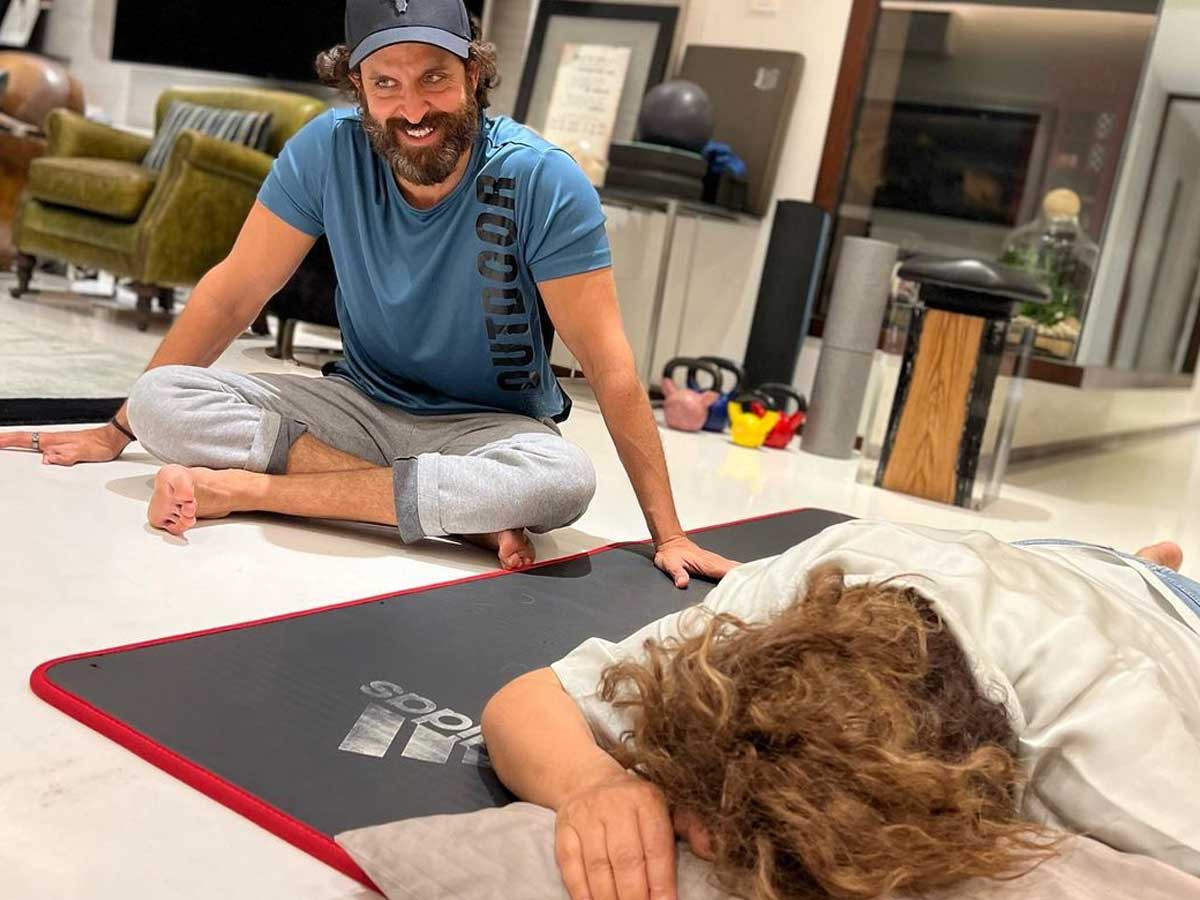 Hrithik Roshan was last seen in the 2019 film War alongside Tiger Shroff. His next project is action-thriller Vikram Vedha. The film which is a remake of the Tamil original of the same name will see him starring alongside Saif Ali Khan, Radhika Apte and more. Shooting for the project is currently underway and the film is scheduled to arrive in cinemas on September 30. Other than that, Hrithik is also set to feature in the highly anticipated Fighter with Deepika Padukone.