Vicky Kaushal and Katrina Kaif are currently spending time together in New York. Just a few days ago, the two were spotted in Katrina’s favorite city café. The couple visited Priyanka Chopra’s restaurant, Sona, and posted a photo.

On her Instagram stories, Katrina shared a photo of the restaurant with Vicky Kaushal and co-owner Maneesh M. Goyal. She stated, “Home away from home— @ sonanewyork loved the vibe— (heart emoticon) @priyankachopra as always, everything you do is just amazing.” Vicky is wearing a plain gray tee in the photo, while Katrina is wearing a floral beige dress. Vicky Kaushal posted a photo of an ice cream shake, which appears to be one of the items he ordered at the restaurant.

Priyanka Chopra, who will star alongside Katrina in Farhan Akhtar’s Jee Le Zaraa, responded to the story. She stated, “Love you honey! So glad you guys could make it. @Sonanewyork welcomes you anytime… #homeawayfromhome.”

The camaraderie makes us eager for Jee Le Zaraa, which also stars Alia Bhatt and revolves around a road trip taken by three friends. It is expected to hit the market in September of this year.

Vicky Kaushal and Katrina Kaif made headlines after rumors of the latter’s pregnancy began to circulate. According to reports, Katrina Kaif is already two months pregnant. Vicky Kaushal’s spokesperson, however, denied the rumor and called the false report. 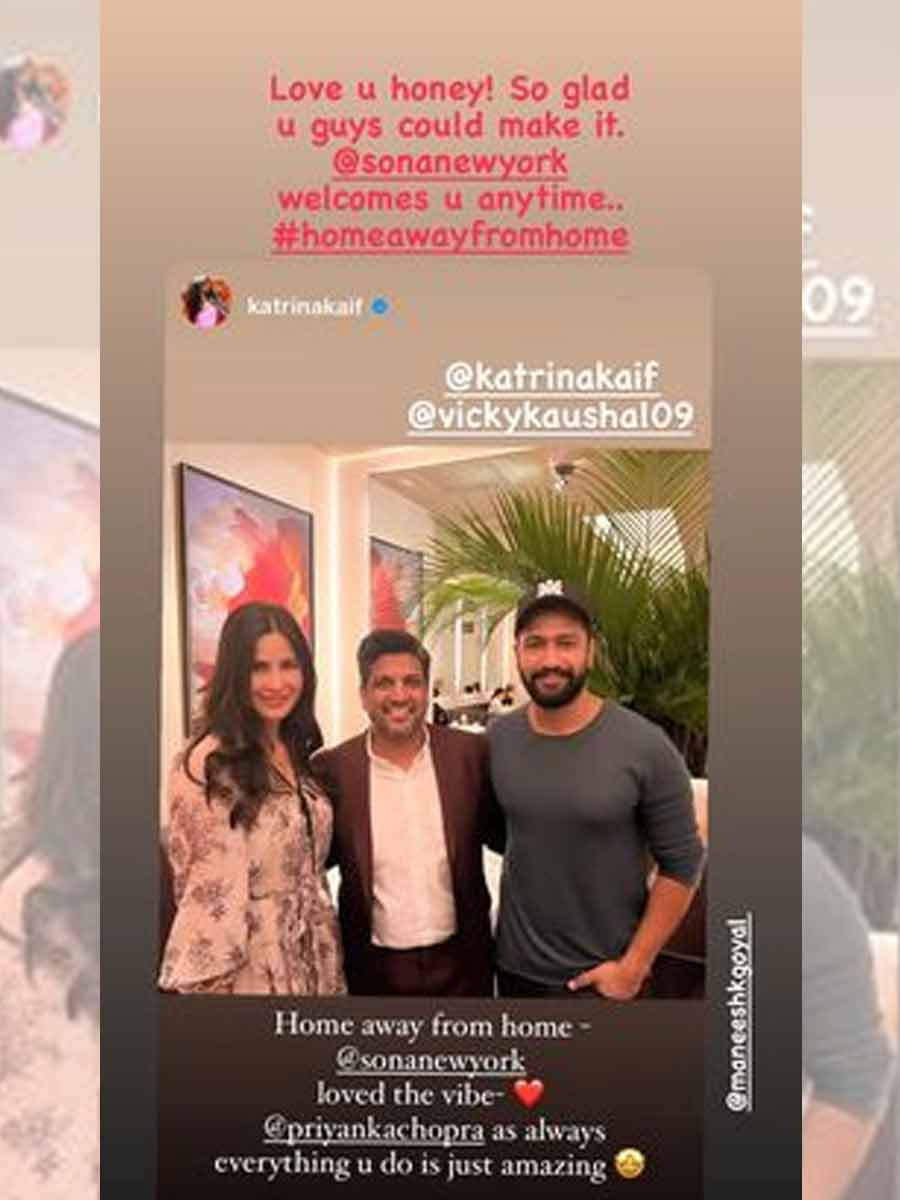 Katrina Kaif has been filming Merry Christmas, a film directed by Sriram Raghavan and starring Vijay Sethupathi. She will also be seen in Jee Le Zaraa. Meanwhile, Vicky Kaushal has a packed schedule ahead of him. He will appear in Meghna Gulzar’s Sam Bahadur alongside Fatima Sana Shaikh and Sanya Malhotra, as well as Kiara Advani and Bhumi Pednekar’s Govinda Naam Mera. He is also said to have worked on a YRF film with Manushi Chillar.