Randeep Hooda took to Instagram to share a monochrome photo of himself looking dapper. Randeep can be seen in the photo wearing a well-fitted suit and enjoying a car ride. Randeep had also shared a few photos of himself soaking up the London sun and doing touristy things a few days ago. These photos have sparked a frenzy on the internet, with people wondering if the actor’s new look is for a project or if he is taking a well-deserved break.

Hooda was most recently seen in the Extraction series, for which he received numerous accolades. Since the release of Extraction, he has been shooting nonstop. Randeep had finished filming his much-touted series Inspector Avinash and Tera Kya Hoga Lovely. Following this, there has been a flurry of new announcements. It was recently announced that Randeep would appear in the mega-revenge drama CAT.

Randeep was recently seen flying to London to care for his knee. He had hurt his knee while filming for Inspector Avinash and had to have knee surgery. Randeep, being the dedicated actor that he is, made certain that he had completed his part before undergoing surgery. 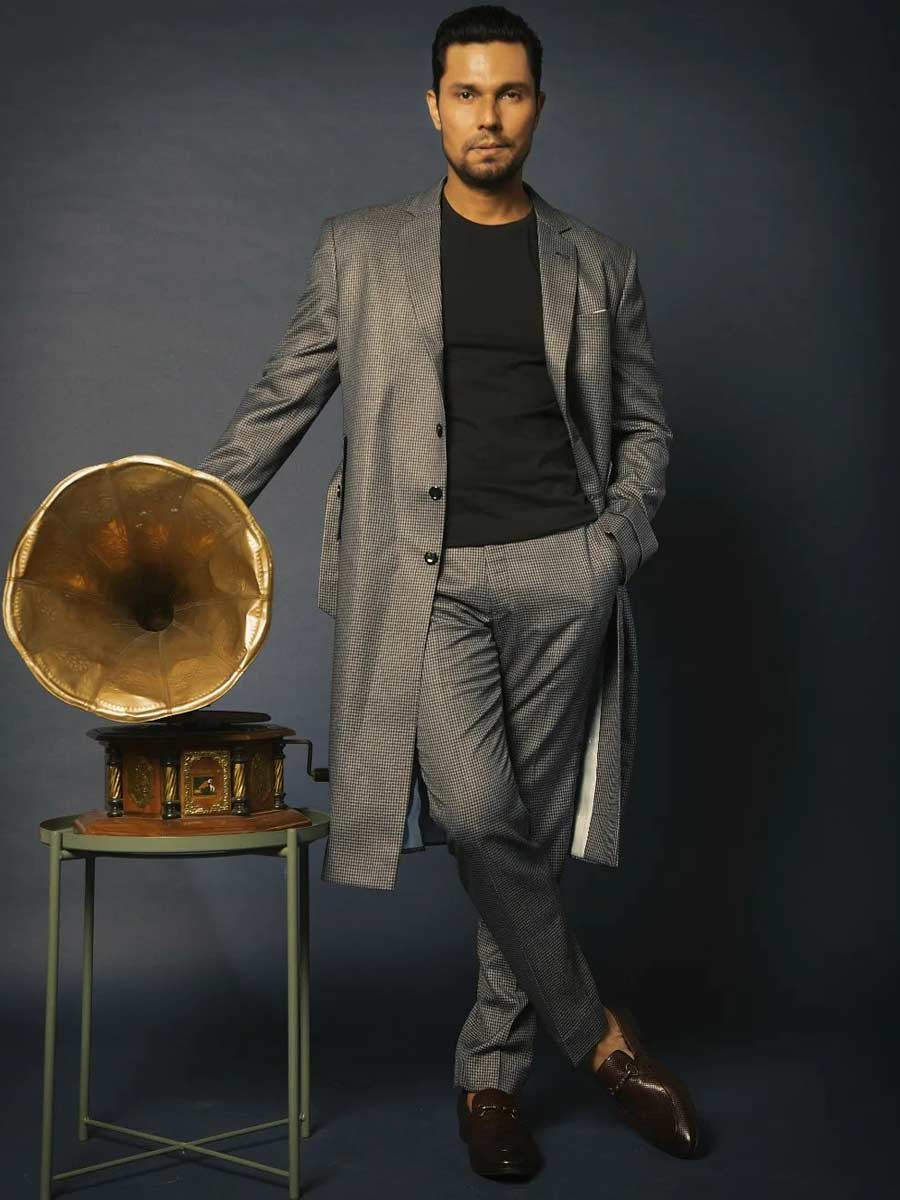 Randeep is known for devoting himself completely to his craft and giving his all to each project. He has also gone through a significant physical transformation in the past. Some believe Randeep is in London preparing for his next role. Only time will tell what the actor is up to, but for now, we can enjoy his latest photos and his London travel log.