Yesterday was perhaps one of the biggest nights in recent times in Bollywood. With Ranbir Kapoor and Alia Bhatt’s wedding being the talk of the town for the past week, it was indeed all one could think of. Rightfully so as it was a much-awaited and one of the most anticipated celeb weddings of the year.

With family and close friends in attendance, Ranbir and Alia tied the knot in Vastu on April 14. While there were a lot of intimate celebrations with loved ones and happy inside pictures all over everyone’s social media feeds, everyone deeply felt the absence of Rishi Kapoor .

Rishi Kapoor was extremely excited about Ranbir and Alia’s union and it was a dream for him to watch them get married. However, after a long battle with cancer, he passed away and left a void in the lives of his loved ones.

This morning, Neetu Kapoor put up a social media post where she is seen posing with the groom and her son – Ranbir Kapoor. She captioned the picture with, “This is dedicated to Kapoor Saab your wish has been fulfilled.” 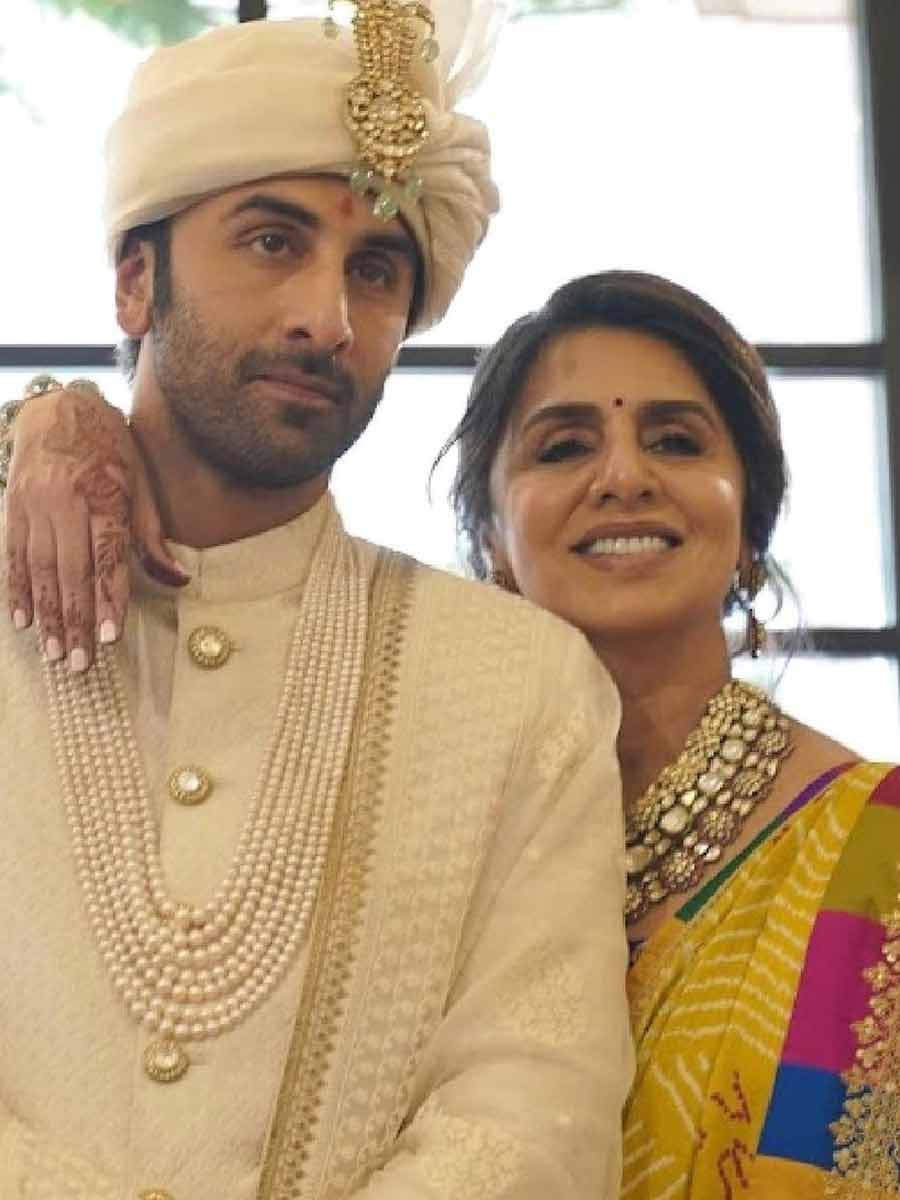 Neetu Kapoor also had made Rishi Kapoor a part of the wedding festivities as she wrote her name on her finger during the Mehendi ceremony. It was truly heart-touching and made everyone miss Rishi Kapoor in all the merrymaking even more.